It might be time to add “radio engineer” to the long ledger of spidey skills.

You might know them as silk weavers, web architects, insect exterminators, or maybe just miniature eight-legged monsters — so goes the versatile nature of spiders. But despite this already impressive resume, scientists might’ve found arachnids’ most fascinating talent yet: hearing without ears.

In a paper published Tuesday in the Proceedings of the National Academy of Sciences, researchers from Binghamton University discovered that orb-weaving spiders (like the one in Charlotte’s Web) can detect sound through minute vibrations on their spiderweb.

It’s a clever auditory outsourcing trick that might be precisely how the critters compensate for their lack of eardrums, which prevents them from “hearing” like us.

As humans, we rely on our eardrums to convert soundwave pressure into signals that our brain can comprehend, then, once our brain processes those signals, we learn what the sound is, where it’s coming from, how loud it is, and so on. Without eardrums, the world would be silent. Most other vertebrates hear this way too, but animals like insects and spiders don’t have such an auditory tool.

Over the years, studies have proven that spiders sort of hear with the teeny hairs on their crawly legs because the fuzz is sensitive toward nearby sound vibrations, but that’s pretty much as far as experts thought arachnid auditory senses go — until now, that is.

And, though the new study’s web-vibration finding is astonishing in itself, it also suggests something arguably even more jaw-dropping. Orb-weaving spiders might physically tune their spiderweb strings to zero-in on whichever tone they so desire.

The concept is akin to how we tune our car radio to find our favorite station — except, I’d assume spiders are more interested in the buzz of a bee, wing-flap of a dragonfly…or, maybe the scream of a human? 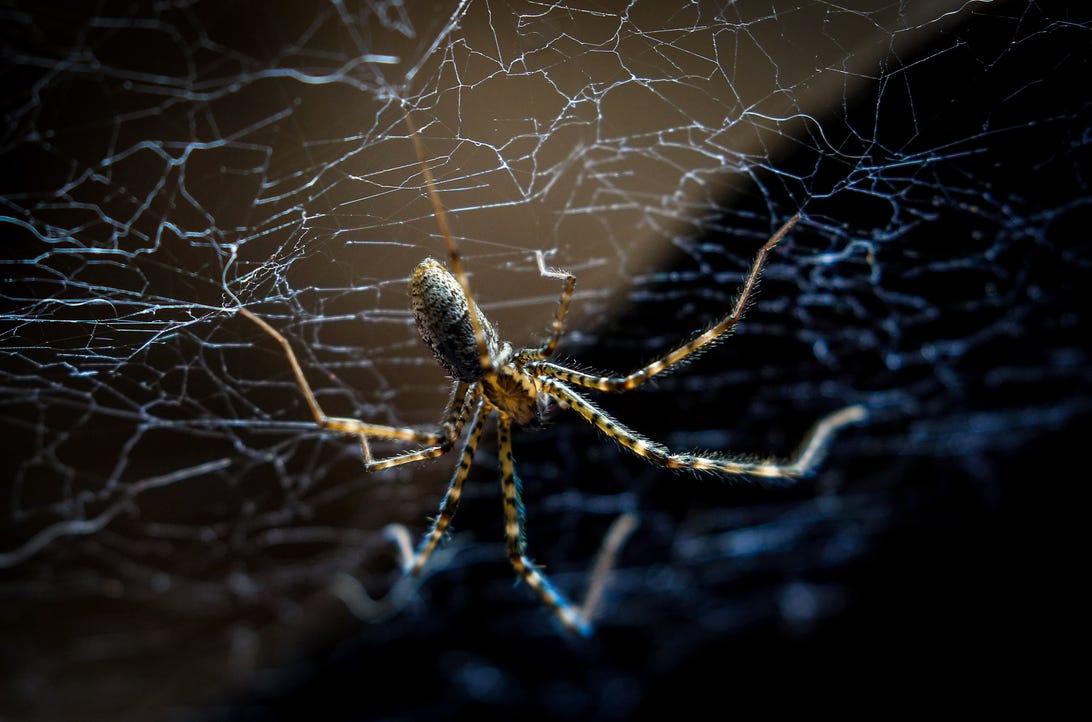 The outsourced hearing of orb-weaving spiders

For their new study, the researchers collected a bunch of orb-spiders from windows on the campus of Binghamton University, where the experiments were conducted.

They put each crawly subject into a rectangular frame within a soundproof room, and waited for the spiders to build their webby creations. After that, the team played sounds to see whether the spiders would listen in and react — they did, even to noise that was really (really) low in volume.